Took a spill on a trail. Got a little too cocky on the single speed.

The left brake lever took the brunt of the ground impact. The lever was pushed down as well as the handlebars. The front brake was locked up but I was able to free it. Concerned about the bike and the possibility of having to walk home I didn’t think to check for my phone which got thrown from my jacket. After making adjustments to the brake lever and handlebars I headed home.

About three miles down the road I realized my phone was missing. U-turned and sped back to the park hoping some honest person found it or better yet the phone was still on the ground. The first two walkers encountered back on the trail said there was a young boy with a phone. I raced down the trail and sure enough the young boy and his dad had my phone. They kindly returned it me. I thanked them profusely, we exchanged pleasantries, and I headed back home.

Other than that little bit of drama it was a good short ride. 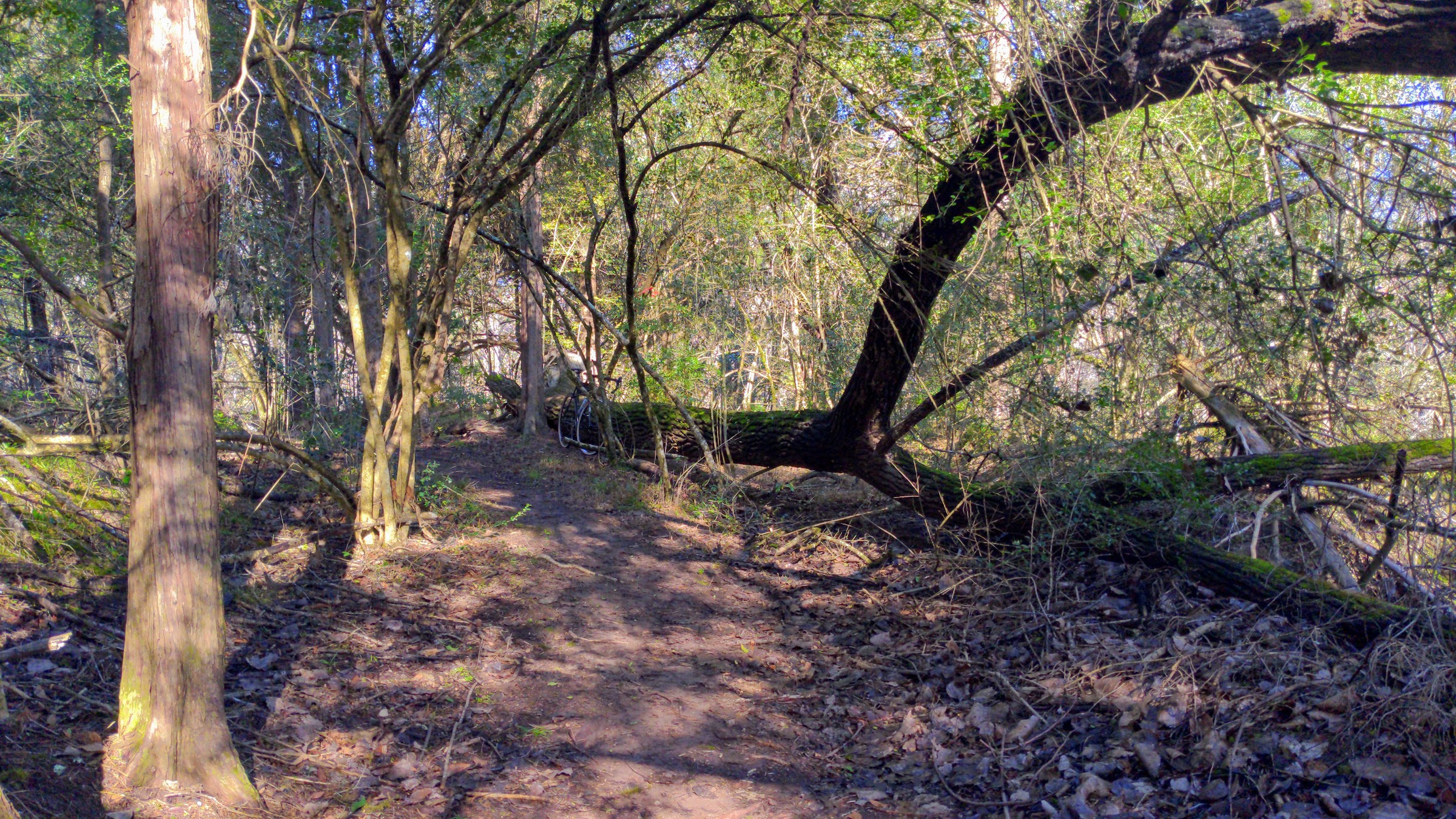